SK EN
back to events

B. Fabo: The English and Russian Language Proficiency Premium in the post-Maidan Ukraine, M. Kahanec & M. Guzi: Income Inequality and the Size of Government

One of the CELSI Frontiers Seminars introducing two papers:

The Maidan uprising and the successive fall of president Yanukovych has been a subject of substantial scholarly attention. Nonetheless, the focus has been largely on political aspects of these events, which the economic implications have not been tackled nearly to the same extent. This study aims to contribute to filling this gap by analyzing the post-Maidan changes to the Russian language earnings premium in the country. Past research has identified sizable advantage of earnings enjoyed by Russian language speakers over Ukrainian language speakers. Meanwhile, the literature on Maidan suggests, that the upheaval has strengthened Ukrainian speaking, pro-Western forces in the society over the interests rooted in the Russian speaking community and thus is could be expected that this premium could have disappeared. Our analysis, nonetheless, shows that it remains present. Additionally, we test the effect of proficiency in English, the main commerce language of the West, to see whether the pro-Western orientation of the new Ukrainian government generated effect a similar effect to the Russian language premium. However, once we control for characteristics of the respondent, we found no strong evidence of such an effect.

Income Inequality and the Size of Government

Expansion of the public sector and redistributive policies may reduce income inequalities, but formal tests suffer from the problem of endogeneity of government size with respect to the distribution of income. Studying 29 European countries over the period 2004-2015, we apply fixed-effect, system generalized method of moments (GMM), and instrumental variable estimation techniques to identify a causal relationship between income inequality and government size, measured as government and total social expenditures’ share in GDP. Using a novel instrument – the number of parties in the ruling coalition – we find that accounting for the possible endogeneity of government size increases the magnitude of the estimated (negative) effects. Our findings thus indicate that much of the literature underestimates the true role of the government in attenuating income inequalities. The results are robust to different measures of inequality and measures of government size. 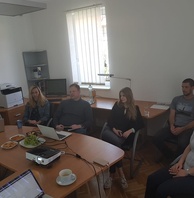